Senate to host 14
Committee
Meetings, with
Assembly set to
announce its own
slate.
__

Updates from the
Governor

The legislature was not in this week, observing a scheduled winter break that included the annual Presidents Day observance. That being said, there remained a modicum of activity ranging from the ongoing fallout surrounding the reporting of nursing home deaths, to challenges related to expanded vaccine eligibility, to the release of 30-day amendments to the Governor’s budget proposal. And yes, the February snow assault continued to plague New York City and other areas of the state.

Nursing Homes – After a number of  media reports surfaced regarding conversations related to reporting of COVID related nursing home deaths and a virtual briefing with members of the State Legislature, the Governor released a full transcript of a February 10 briefing.

Along with the expected amendments to the Governor’s Adult-Use Cannabis proposal (Part H, S2509/A3009 – see the From NYS Governor Cuomo section for more information), the amendments include a new part GG in the Health and Mental Hygiene bill (S2507/A3007), which includes among others provisions to increase fines for public health law violations; nursing home reforms related to receivership, expenditures for staff and management, and amendments to the current Department of Health temporary operator authorization for hospitals, adult care facilities and clinics. See the related Governor’s press release here.

The amendments also include a new part BB in the Education, Labor, and Family Assistance bill (ELFA, S2506/A3006), creating an “emergency rental assistance local
government allocation” program within the State Finance Law. The fund will consist of federal money allocated to local governments specifically for residents with rental issues, and go to those same local governments, pursuant to a plan from the Budget Director. This fund will be used without appropriation.

Vaccinating higher risk populations in other states – As New York State expanded vaccine eligibility this week to individuals with comorbidities, the Kaiser Family Foundation published a review of states’ vaccine prioritization on February 16. Unsurprisingly, the report showed a broad variation between states regarding conditions that are eligible and other factors. The report “The Next Phase of Vaccine Distribution: High-Risk Medical Conditions” can be found here. 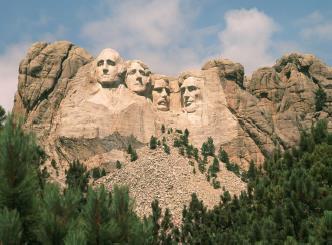 There is session next week on Monday the 22nd , Tuesday the 23rd , and Wednesday the 24th. You can find the 2021 Legislative Session calendar here.

The Senate and Assembly have several committee meetings this week scheduled next week. The Senate will host 14 Committee Meetings (live stream available on the Senate website), with the Assembly expected to host its own slate of meetings as well (found here once announced).

On March 4th, 2021 the Senate Standing Committee on Labor and
Transportation will hold a public hearing to hear about the difficulties of taxi drivers and livery drivers across New York State. Full schedule here.

Climate Change Funding for Farmers                              Governor Andrew M. Cuomo announced $4 million is being awarded through the Climate Resilient Farming Grant Program to help 80 farms across the state reduce their environmental footprints and prepare for extreme
weather events resulting from climate change. The projects selected are projected to reduce greenhouse gases by an estimated 90,000 metric tons of CO2 per year, or as much as eliminating nearly 20,000 cars from the road.

Governor Andrew M. Cuomo today announced New York’s Gestational Surrogacy Law is now in
effect, delivering help to LGBTQ+ couples and couples struggling with fertility who are trying to
start families of their own. Originally proposed as part of the Governor’s 2020 State of the State
Agenda and signed into law as part of the State Budget, the law officially legalizes gestational
surrogacy in New York State. Prior to the law’s enactment, the practice was illegal in New York
State, and gestational surrogacy agreements were unenforceable and considered not legally
binding.

The New York State Education Department today submitted two federal waiver requests related to
state assessment and accountability requirements, State Education Commissioner Betty A. Rosa
announced. The waiver requests address the unique circumstances caused by the ongoing
pandemic that have resulted in many students receiving some or all of their instruction remotely.
The full text of the submitted waiver requests is posted on NYSED’s ESSA webpage.