__
Updates from the Governor

Funding for
technology upgrades in schools

Marching toward a Budget Deadline

As the April 1 deadline to enact a New York State Budget agreement makes an appearance on the horizon, the legislature and the Governor worked through a couple of milestones this week, moving closer to the next phase of the negotiating process. Typically, as we move into March, the focus shifts to budget negotiations. That being said, the vaccination of eligible New Yorkers continued this week with the FDA moving closer to approving another vaccine, a neighboring state legalized adult-use Cannabis, and the Governor faced renewed allegations of misconduct.

Johnson & Johnson COVID-19 Vaccine – The vaccine advisory committee to the FDA, the Vaccines and Biological Products Advisory Committee (VRBPAC), is scheduled to meet today (Friday, February 26, 2021) to evaluate J&J’s single dose vaccine. If the Committee recommends emergency approval by the FDA, it is then reviewed by the CDC’s vaccine panel, the Advisory Committee on Immunization
Practices (ACIP). The ACIP is scheduled to meet on Sunday. 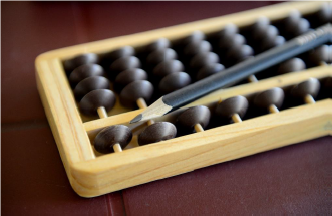 Legislative Committees
The Senate and Assembly have several committee meetings this week scheduled next week. The Senate will host 12 Committee Meetings (live stream available on the Senate website), with the Assembly expected to host its own slate of meetings as well (found here once announced).

Governor Cuomo announced the State is partnering with nonprofit organizations to deploy undercover testers across the state to identify discrimination in home rental and sale transactions. The program will be administered by New York State Homes and Community Renewal.

Governor Cuomo announced that the Department of Financial Services (DFS) has issued guidance requiring New York health insurers to cover fertility services for all New Yorkers regardless of sexual orientation or gender identity.

New York Attorney General Letitia James has led a coalition of 21 attorneys general from around
the nation in fighting a lawsuit that seeks to stop states from enforcing their laws against a
company disseminating dangerous 3D-printed gun files on the internet. In an amicus brief
supporting the petitioner in the case Grewal v. Defense Distributed before the U.S. Supreme
Court, Attorney General James leads the coalition in seeking to protect states’ efforts to stop
Defense Distributed from unlawfully publishing easily-downloadable files on the internet that
provide the instructions to build dangerous 3D-printed firearms, including assault weapons. Untraceable firearms are sometimes called “ghost guns” because they lack a serial number or other identifying features.

From the New York State Comptroller

DiNapoli said the Fund will file shareholder proposals seeking increased board diversity and
disclosure of workforce diversity, and will expand its votes against board members at companies
whose boards do not include underrepresented racial minorities, companies that fail to disclose
their workforce’s racial or ethnic diversity, and companies that refuse to embed diversity in their
search for new board directors.

The New York State Education Department is warning licensed professionals in New York State
about a scam involving telephone calls from individuals posing as NYSED Employees or law
enforcement officials to defraud and extort victims. The scam is targeting such licensed
professionals as physicians and pharmacists, and is seeking the professional’s social security
number and an immediate bond payment under the guise that the professional’s license has been
suspended and payment is required to reverse the suspension and avoid further charges. The
New York State Education Department will never telephone or fax any individual to request a
bond fee or payments related to an ongoing investigation of professional misconduct.