Senate to host 10 Committee Meetings, with Assembly set to announce its own slate

This week marks one year since COVID-19 was first diagnosed in New York State. Against a backdrop of memories of horrific surges in deaths and hospitalizations and of extraordinary changes in daily living and how business is conducted across the state, this week saw a new single shot vaccine rolled out across the country, the continued easing of COVID era restrictions, continued efforts by the Governor to fend off allegations of misconduct and inappropriate handling of nursing home data, and the unusual cancellation of the Assembly Session on Monday (see “Legislative Activity”).

COVID-19 – Monday marked one year since COVID-19 was first diagnosed in New York State. The COVID diagnosis of a health care worker who had traveled to Iran was made at Mount Sinai Hospital on March 1. Since that time, more than 1.6 million New Yorkers have tested positive and according to the State’s COVID tracker website, there have been more than 38,000 COVID-related deaths. Updated related news and releases can be found on the state’s COVID “latest news” website.

Emergency Powers – On Tuesday, Senate Majority Leader Stewart-Cousins and Assemble Speaker Heastie announced an agreement to pass legislation to repeal the Governor’s temporary emergency powers and limit the actions the Governor can
take during a state of emergency (S.5357/A.5967).

Budget – Typically a relatively quiet week as the Senate and Assembly work to finalize one-house proposals in response to the Executive Budget proposal, it was
even more so as the focus shifted to sexual harassment allegations against the Governor and the legislature focused on proposals to address nursing home deaths, reporting, and oversight. That being said, the legislature and the Governor did reach consensus regarding projected revenue through the end of the current
fiscal year and for FY 2022. Revenue consensus is a required step in the annual budget negotiation process. See “From the Governor” for details

Executive Chamber Departures – Gareth Rhodes has announced he is leaving his role on theGovernor’s COVID-19 task force and returning to his position at the
Department of Financial Services (DFS). Also departing the Governor’s office is first
deputy press Secretary Will Burns. See media report here. 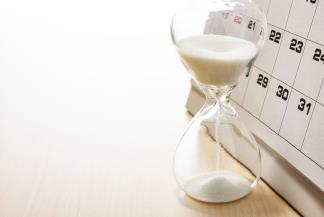 Legislative Committees
The Senate and Assembly have several committee meetings this week scheduled next week. The Senate will host 10 Committee Meetings (live stream available on the Senate website), with the Assembly expected to host its own slate of meetings as well (found here once announced).

Legislative Activity
The legislature passed 63 bills this week focused on primarily on healthcare. The Senate passed S.1034A (Gianaris) which relates to preventing occupational exposure to an airborne infectious disease; as well as S484A (Krueger) which relates to requiring a medical facility or related services to obtain express prior written consent before the making and/or broadcasting of visual images of a patient’s medical treatment.

Of note in the Assembly: Session was cancelled on Monday by Assembly Speaker Carl Heastie apparently in the face of pressure from the Assembly Minority to remove Governor Cuomo’s emergency powers. According to social media, the Assembly Minority had apparently attached a hostile amendment, removing the Governor’s emergency powers as they relate to issuing emergency directives, to bills that were being considered on the floor. Hostile amendments, which typically do not pass, are largely a procedural move to force a vote on contentious issues.

Governor and Legislature Agree on $2.5 Billion in Additional Revenue for the NYS Budget Consensus has been reached with both houses of the Legislature to recognize $2.5 billion in additional revenue over two years. The  agreement was struck through the consensus revenue forecast process, a required step in annual
budget-making through which the Executive and the Legislature agree on economic predictions and the projected resultant revenue. Through the agreement, about $1 billion in additional revenue will be recognized in the current fiscal year that ends March 31, and about $1.5 billion in next fiscal
year.

From the New York State Department of Environmental Conservation

The Department of Environmental Conservation (DEC) announced that $750,000 in new
competitive grant funding is now available to help communities in the Hudson River Estuary watershed increase resiliency to flooding, protect water quality, fish, and wildlife habitat, and improve recreational access and education for all, including people with disabilities and New Yorkers living in environmental justice communities. The grants are administered by DEC’s Hudson River Estuary program.

From the Office for People with Developmental Disabilities

Commissioner Kastner announced an effort to raise awareness about developmental disabilities during the month of March (2021 disability awareness month). The Office is launching a video community dance project.